Together we heal, learn and shine.

On this World Refugee Day 2021 we acknowledge the experiences of the millions of people forced to flee violence and persecution.

Ten years ago, a nation was born, shining but asunder. South Sudan was on the map, but millions were on the wrong sides of the borderline. Over the past decade, the nation has lurched from hope to strife, and back again.  But if the pain of exile and displacement has been a constant, so too has the generosity of hosts towards refugees.

We commemorate World Refugee Day each year on 20 June, a date chosen in tribute to the 1969 OAU Refugee Convention, and a fitting honour to the African framework and practice of opening their arms to refugees.  South Sudan, with limited resources and nascent institutions, has nonetheless been an exemplar of this enlightened approach; and South Sudanese outside their country have benefited from their neighbours’ kindness.  Sprawling and protracted displacement is a hallmark of this sub-region, but the South Sudan model shows that with pain and misfortune comes also the chance to heal, to learn and to shine.

On this World Refugee Day 2021, UNHCR South Sudan pays tribute to the strength of the millions forced to flee their homes; to the openness and compassion of those who host them; to the labour of those who work to protect and aid them; and to the donors who fund our programmes.  Sometimes it seems that there is an abundance of bad news coming out of this country.  But the story of displacement in and around South Sudan is one of consistent compassion in the face of tragedy, which the international community can acknowledge with humility and appreciation.

Globally, the number of displaced people reached 82.4 million in 2020, reflecting a trend of unending displacement driven by violence and persecution. Here in South Sudan, UNHCR and South Sudan’s Commission for Refugee Affairs have registered close to 320,000 refugees, 93 per cent of whom are Sudanese. A further 1.3 million people are displaced internally in the country. And South Sudan’s refugee population remains the largest in Africa with over 2.2 million South Sudan refugees hosted by the Uganda, Sudan, Kenya, Ethiopia and the Democratic Republic of Congo.

South Sudan is generous to refugees in both law and practice.  It has signed on to all the relevant refugee protection instruments, and it operates some of the most progressive refugee policies in the region.  Despite its own enormous socio-economic, security and political challenges, South Sudan has always kept its borders open, allowed freedom of movement and furthermore allocated large tracts of fertile land to refugees for farming.

Just this week, I travelled with the Foreign Minister, the Commissioner for Refugee Affairs and the donor community to Maban, the site of camps hosting over 100,000 Sudanese refugees.  We witnessed the incredible achievement of Dr Evan Atar, who has used prize money from the prestigious Nansen award to the construct a maternity wing. What a story — a South Sudanese from Eastern Equatoria, exiled for many years, now giving back to his people in Upper Nile State.  Each brick represented an investment in the Bunj community’s health, and its completion marks a further step in the process of healing following this difficult period.

South Sudan cannot manage this alone, and moving forward we need to reimagine and recommit.  Reimagine refugee camps as places to heal and to learn, and reimagining a country where returning South Sudanese refugees (over 400,000 have already come home, spontaneously) are voting with their feet for peace.  We at UNHCR South Sudan believe that refugee camps and counties to which refugees are returning can represent pockets of hope, places where people are making peace, and where money spent is money invested in the peaceful, green future of South Sudan.  Together with our government and international partners, we are modelling a pocket of hope approach that takes as a starting point refugee and returnee agency, and as its end-point areas where all people regardless of status have a chance at integration and economic progress.

Enabling refugees and internally displaced to sustain themselves, will not only allow them to give back to host communities, but support their eventual return and cement the path to peace. Investing in South Sudan’s future will pay long-term dividends not only for refugees, South Sudanese but also the wider region.  We hope that this can help activate the third element of our World Refugee Day theme, and enable displaced people to shine.

On this World Refugee Day 2021 we acknowledge the experiences of the millions of people forced to flee violence and persecution. But we also celebrate the fact that, with help from welcoming communities, kind neighbours and international support, people can find the strength to heal, learn and even shine. 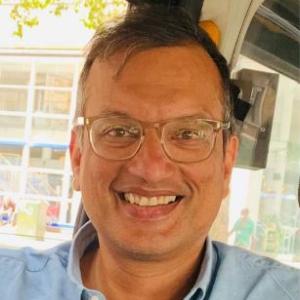